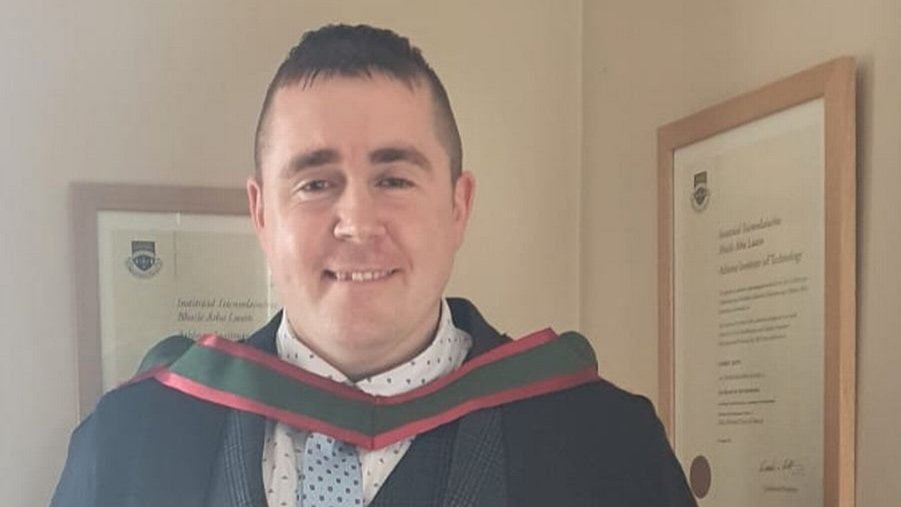 Listen to the Episode

This interview really hit me in the guts. It is sometimes a roll of the dice how our lives can unfold. Damien’s story is an incredible story of resilience and determination in the face of loss and hopelessness.

Following a significant childhood trauma, at the age of 14, Damien found himself sole carer for his younger brother in a new country without any supports. What followed were years of addiction, criminality & an overdose which gave him a brush with death. Damien became very familiar with that ‘rock bottom’ place and yet somehow found the internal courage and strength of character to completely transform his life, despite meeting significant social stigma due to his criminal record.

Spéire Nua
The founder of Spéire Nua is Damien Quinn. Damien had his own challenges with substance abuse and criminality right through his teens and well into his twenties. He realised he needed to change when it was too late. Knowing that he would be looking at a lengthy prison sentence, Damien made the decision to use the time to get an education.

What he found though, when his time was served, was that no matter what he had done to improve his employability, the label always outweighed the progress he had made since ‘that time’.

This led to disillusionment with the whole system which seemed stacked against him, even though he was after putting in a huge effort to change, become educated and employable and to do all the right things to set himself up to start again.

His progress started to wain and he was finding himself right back where he started. He felt it was no wonder people kept ending up back in there. After a bought of misery and then some treatments Damien returned home to start again.

Throughout his studies, he has always been interested in making easier for people that are actively trying to turn their lives around and his goal is to make sure that no one has to experience the difficulties he did when trying to rebuild his life.

Damien linked his Masters Study to the problem described here and wrote the paper Spéire Nua – New Horizons – Life after prison for the reformed individual, opportunities or barriers?

This research was the foundation for the Spéire Nua you find here today and by engaging with this process you too can apply for a Certificate of Commitment to Change to support you as you seek employment and validate the hard work you have put in to distance yourself from your former way of life.